As we navigate times of great uncertainty and people are worrisome about the future, we need to dedicate resources to think about the future in ways that help us envision possibilities and put people first. Here are some thoughts on how to get there. 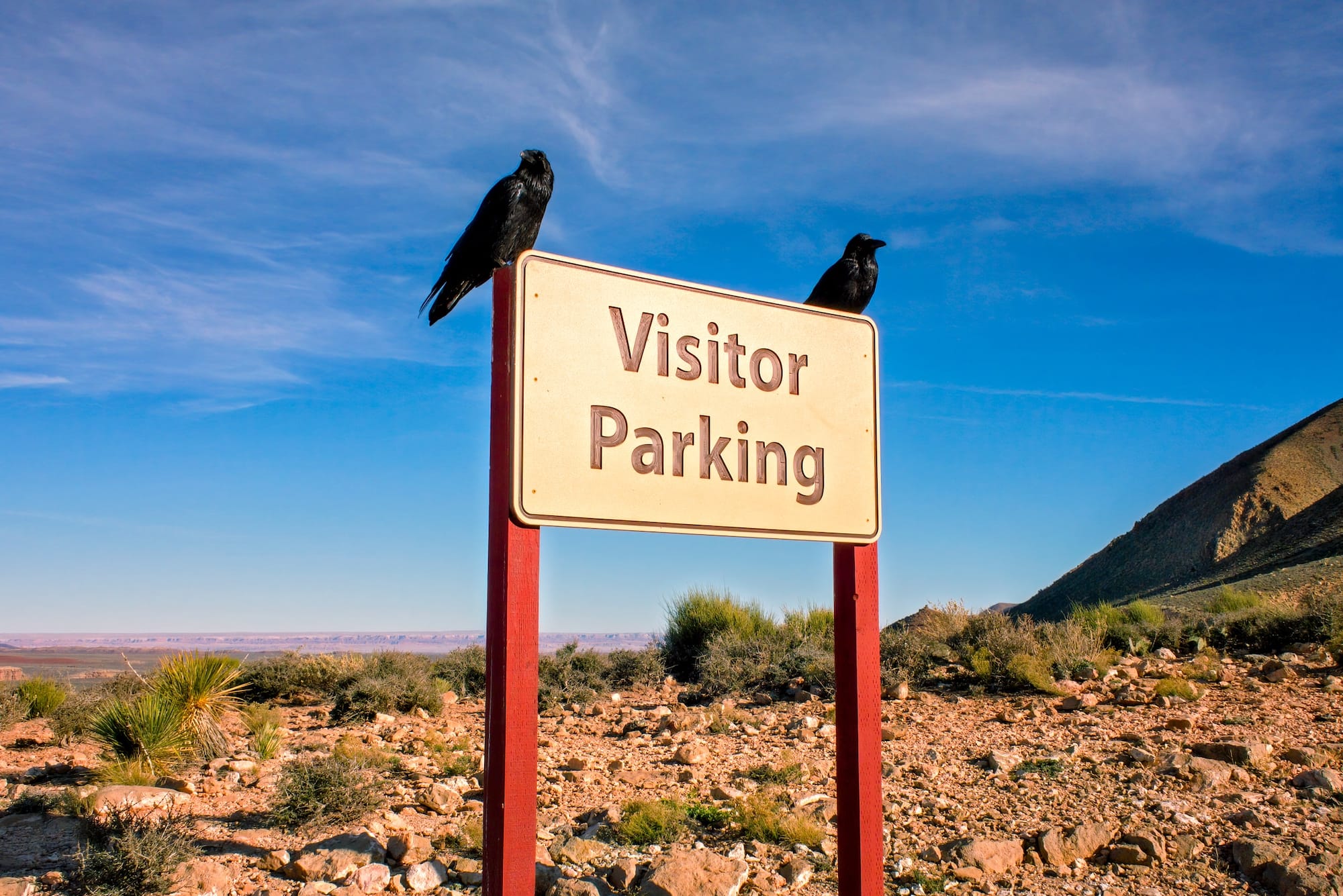 As you may have already noticed, we are living in so-called “interesting times”. In the exit of the classical industrialization and the beginning of the so-called postmodern era, we find ourselves in various socio-political, economic, and ecological crises, accompanied by an increasing division of societies and national interests. Interesting, confusing, and full of surprises. As always in times of crisis, we look for completely new strategies, even more radical innovations, and over visionary future scenarios – or simply wait for doom. Without an understanding of the context and our own view of the future, we will be forced to follow the preconceived ideas of others – which is not necessarily correct, nor is it a unique selling point – and we will be unable to assess the movements of competitors, either their assumptions, innovations, or mistakes. So, if you prefer not to fly blind, but to think your own future, I will give you some rules – the first rule being, of course, that there are no rules.

The first rule says that the future is not fixed, otherwise it would be something like fate. The usual comments are: “If it’s not certain, why do we do it?” and “So it is an oracle after all!” Either I take it humorously and point out that I just forgot my crystal ball or bones (by the way, if you are interested in old and new methods of prediction, I recommend the PredictionsX program from Harvard University) or I take it more scientifically. Accordingly, all statements about the future are predictions, no matter if weather forecasts, stock prices or personal fates, and no matter if weather forecast, stock prices or personal fates, and no matter how scientific or speculative the methods may be. They differ only in the degree of accuracy. Quantum physics provides the best prediction but ironically this is of little use in our macroscopic world. The future scenarios may be inaccurate but so are maps in the end and we have good use for them.

Not just the one

The second rule states that there is not THE future, but several possibilities. Of course, we know that we have plan B and C because A rarely works but we still don’t like it very much. Contrary to our experience, and very frequently in innovation and business strategy, we are asked to eliminate as much ambiguity as possible. Or as a client once told me, “Just give me your best ten ideas and eliminate the nine that won’t work.” You certainly don’t need twenty futures but you should work at with between three and seven.

Especially in times of crisis, we prefer quick and easy answers. We call these “linear futures”, ideas that extend the known now forward, enriched with a dash of blockchain, digitalization or sustainability. We know from history and our personal lives that the future is rarely a straight road, but often takes twists and turns. So be skeptical when reading or having created overly simple futures, and accordingly, the third rule is that linear futures are lame futures.

As in any good cuisine, we should use many spices, that is, interesting trends and influencing factors, but just not too many. More concretely, all futures need factors or combinations of them that are not mainstream or even contradict it. The fourth rule states that the future should be well flavored. Feel free to read one of the more flavorless annual reports for dessert.

Before we continue with the rules, I’ll slip in a comment about free thinking in interesting times. I don’t think I would have thought this section necessary a few years ago but we are living in politically and media hyped up times. Discourse has been largely replaced with opinion-making, agitation, and political correctness – whichever it may be – and we are flooded with information, disinformation, and narratives. We discussed this development at the last ICI conference and largely agreed that under these conditions it is increasingly difficult to build a solid, unbiased information base.

A lot has changed in recent years. Whereas the sum of the media tended to deliver a balanced view of the issues, since the advent of social media, the media have become more opinionated and less discursive. The publications of the media, analysts, organizations, and companies, often aim in the same direction and are no longer sufficient as a neutral starting point for a diverse future. In addition, so-called narratives are increasingly being built up, such as “Industry 4.0” or “The Great Reset” by the World Economic Forum, which provide a certain direction for the future and thus set a framework of thinking – which is, among other things, the point of the exercise. The narratives of cinema and the series of streaming services also have great influence. If you are attentive, you will find many of the future topics already dealt with there. We are of course always influenced by frames of thought, narratives, and myths. This only becomes problematic for our independent future thinking if we accept the underlying assumptions and their directional arrows without reflection. My advice is to become aware of the defining narratives and myths of the present and always think of a countervailing future as well – whether you agree or disagree and what future you personally would like to have. If this sounds like some kind of schizophrenia, welcome to my world.

The term conspiracy theory is booming. We are not just talking about theories like “alien abduction” (a quite plausible story when we look at how unabashedly we as humans conduct animal experiments; how likely it is that aliens exist and visit us is another question). Times of crisis are naturally good times for alternative explanations but the term is also very good for distracting and pushing political opponents into an unfavorable corner. Nowadays, the journalists of the Watergate affair would probably be called conspiracy theorists. Don’t be swayed, listening to or reproducing a so-called conspiracy theory does not mean that we are conspiracy theorists ourselves, as is often suggested. In the professional handling of information and futures, it simply means that we also allow explanatory models outside our normal thinking and comfort zone, regardless of whether we believe in or like them, and – that’s the point – take more possibilities into account than is usually done.

Science in the boxing ring

Unfortunately the polarization continues at the scientific level. Professional discussions that used to take place in closed circles are now in the public and in increasingly aggressive, pejorative, and tendentious ways. Since we often have neither the knowledge nor the time to get to the bottom of the facts or to wait until a consensus has formed, we can only continue to work with the different scenarios. We should keep an open mind and consider outsider positions that have often become consensus in the past. With climate change and Covid, we are then very quickly back to (alleged) conspiracy theories and the above said applies.

We know very well that the path is more exhausting than the thought of it. Therefore, the fifth rule states that it is not about a particular future, but about the path, about what we need, what we might encounter, and what to avoid. Without defining a path, there is little likelihood that we will even set out or ever get anywhere, because the future – as we have already discussed – is a moving target. In Visionary Labs’ client projects, we therefore map the paths between the present and possible futures and innovations very thoroughly.

You will find a number of future scenarios in which humans hardly feature at all or only as passive accessories, sometimes by design or because the human factor only complicates things unnecessarily. In my opinion, we should not accept any futures without a clear description of the role of humans. It’s like the famous organization charts: if your department is not on, you do not exist anymore. It’s easy to think of a future with 100% automation or sustainability. Star Trek often features societies that live in an agrarian culture with high technology. This is an attractive vision of the future, but it would be interesting to see what paths lead there from here. Unfortunately, this is hard work.

The time we have left on this planet will be spent in the future. Of course, there is no guarantee for a good or for the occurrence of a certain future. However, if we do not design and shape our future ourselves, we will have to make do with what arises by itself or is intended by other players. Since those follow different ideas, it is only logical to think ahead ourselves.

If we want to explore the unknown territory, old maps are of little use to us. Good futures emerge from free thinking and against the patterns of the system in which we find ourselves, because these are descriptions of the now, which we must leave behind. Do not let yourself be influenced by any kind of thought control or prefabricated futures, in which it is fixed what may be thought and how things should be. Instead, use a professional and humane attitude by maintaining multiple world views and leaving open future possibilities in order to recognize possible pathways and obstacles that have not been seen before.

In my opinion, we have reached a critical point where it is not certain whether we will be able to stay on this planet. If we want to secure our own future and that of our species, we need all the creativity we can find. Don’t get caught up in the zeitgeist of polarization, exacerbation and lame futures that keep us in the old pattern of our industrial past and politics. We need new answers to the old problems, so please cook interesting futures, as we already have enough fast food.

This blog post was first published in IMCI Magazine.