FutureSketch: The future of media and journalism

FutureSketches by Visionary Labs are condensed reflections on the future based on current developments. They are intended as intellectual stimuli and as an invitation to conduct a deeper analysis, to examine your company’s future path and to derive broader scenarios. In this FutureSketch, we look at the future of media and journalism. An independent and critical press is considered the so-called fourth power in our democracies. However, in the light of recent developments in traditional and digital media, we can be skeptical about whether media will still be able to be fill this role in the future. 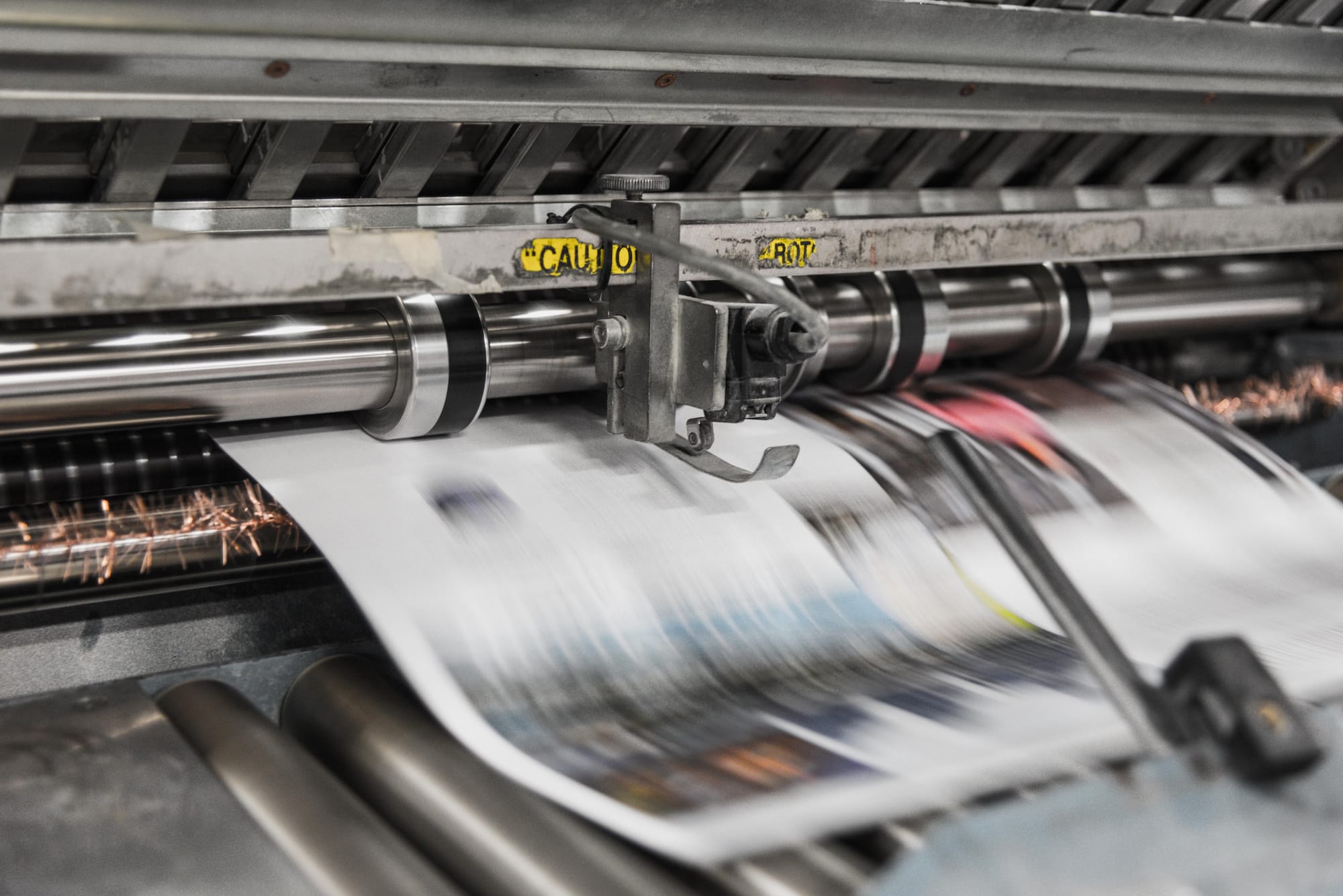 For years, the media have been under pressure from a changing and digitized society. The most obvious change concerns advertising revenues – a formerly secure source of income based on the reach and thus the influence of traditional media. This revenue stream has largely migrated to the digital and social media space, following their strong advertising appeal. While the number of private radio and TV stations is increasing, the number and circulation of independent daily newspapers continues to decline. In parallel, the concentration of media is rising: The total share of the 10 largest publishing groups in Germany is now just under 62 percent, a record high. Such concentration is not without consequences for content and quality: without competition, publishers do not invest in quality journalism, as we can see in the high share of non-permanent staff and thinned-out editorial teams.

In addition, professional media and journalism is a largely socially segregated field. Journalists come predominantly from the middle class, with a classical degree and corresponding education, resulting in relatively uniform worldviews. Traditional media companies are trying to increase their diversity, to include all social classes and to reflect diverse opinions but change takes time and the entry thresholds in the digital world are still significantly lower. New formats emerge much faster in the digital world, aiming at the next generation and not obeying to old habits and financing models.

The professional field of journalism itself has undergone a major transformation. The sheer volume of news and its rapid distribution in digital formats such as messengers and video platforms hardly allow for time-intensive research and on-site reporting, formerly a strength of traditional media. In addition, niche offerings are increasing for audiences willing to pay for special content. The usual demarcation between “traditional” and “alternative” media is also becoming more blurred: traditional media now offer a variety of digital formats, while on the other hand alternative media are founding their own publishing houses.

The problem is a fundamental one: If we let the battle for attention – and thus advertising revenues – continue, then we support loud and polarizing headlines, “crisis” reports and exaggerations. And ultimately, biased content. This applies to both traditional and digital media. As a result, serious journalism has a hard time in both worlds. In many cases, we have already abandoned the discourse that is essential to our democracy in favor of click rates.

Accordingly, we have structured our FutureSketch along the dimensions “independence” (definition: extensive financial independence from advertising, governmental subsidies, sponsoring; with a healthy distance to politics and business) and “openness of editorial offices” (definition: all social classes represented, use of diverse sources; classic and so-called alternative media cooperate in research, content and distribution), whereby we no longer make a fundamental distinction between traditional and digital media.

The scenarios in detail:

In this scenario, media and journalism continue to be driven by ratings, clicks and advertising. These dependencies intensify the indirect and direct influence of politics and business in newsrooms and on media executives. Journalism remains a largely socially isolated field. In parallel, independent niche formats with new, direct financing models are emerging. Overall, the view on the society as a whole and the necessary discourses continue to vanish, with an increasing separation of world views and perceived realities – a dangerous development for democracies.

In this future, media and journalists continue to be heavily influenced by ratings, clicks and advertising revenue. The media strengthen their independence in filling their management positions for more discourse-oriented subsections with greater independence and develop new financing models. In these niches, a new distance to politics and business is emerging, but a view on the society as a whole continues to be absent. As a result, we are experiencing a division into passively and actively informed citizens. Journalism remains largely a socially isolated field.

In this scenario, editorial offices are opening up to the active contribution of content by citizens and thus to diverse world views. This opening leads to new coalitions and co-operations of classical and digital media along distinctive main topics. Traditional funding prevails, the disadvantages of possible influence and obstructions of discourse are largely offset by diversity of opinions, diversity of participants and discourse-oriented formats. The distance to politics and business is increasing, especially in investigative formats, but leadership positions continue to be influenced by external interests.

In this potential future, the society dictates that media companies must offer at least one format that is independent in terms of finance, editorial staff and topics. Discourse-oriented media are directly funded by the community while content from entertainment-oriented formats with advertising funding is clearly labeled as such. All media operate from within the society with broad participation from citizens of all classes and various levels of education. Different world views are reflected in the media, and developments worthy of discussion are covered extensively and openly. The media’s leadership positions are filled in an open process accompanied by the media themselves.

A critical press has never had it easy. However, if we want to restore and maintain an open discourse – the foundation of our democracies – we cannot leave the current structure of the media unchanged. However, from a societal perspective, there seems to be little willingness to change. Therefore, it is up to the media companies and journalists themselves to secure their free and self-determined future. The first step would be to give up the illusion that there is a fundamental difference between traditional and digital media. The problem of external influence and of narrowing of worldviews affects all forms of media.

Media professionals and journalists can wait until their professional field has dissolved into the vastness of the digital worlds or assert themselves. They could act on two main levels:

Do you want to assert yourself? We help you develop a company-specific view of the future: Together, we analyze current trends and influencing factors. Based on these we jointly derive detailed future scenarios. And these scenarios are the basis on which we develop concrete innovation ideas and an innovation roadmap. Contact us at hello@visionarylabs.io, via the form below or via our social media channels.

What do you think of this FutureSketch? We look forward to your comments.