A short history of innovation

A story about new combinations of old inputs and about getting things done, Austrian riding habits, VHS vs Beta, a bunch of brash young economics professors, the browser wars, the hangover after the dot com bust. And about dusting oneself off and starting over, this time a bit leaner. 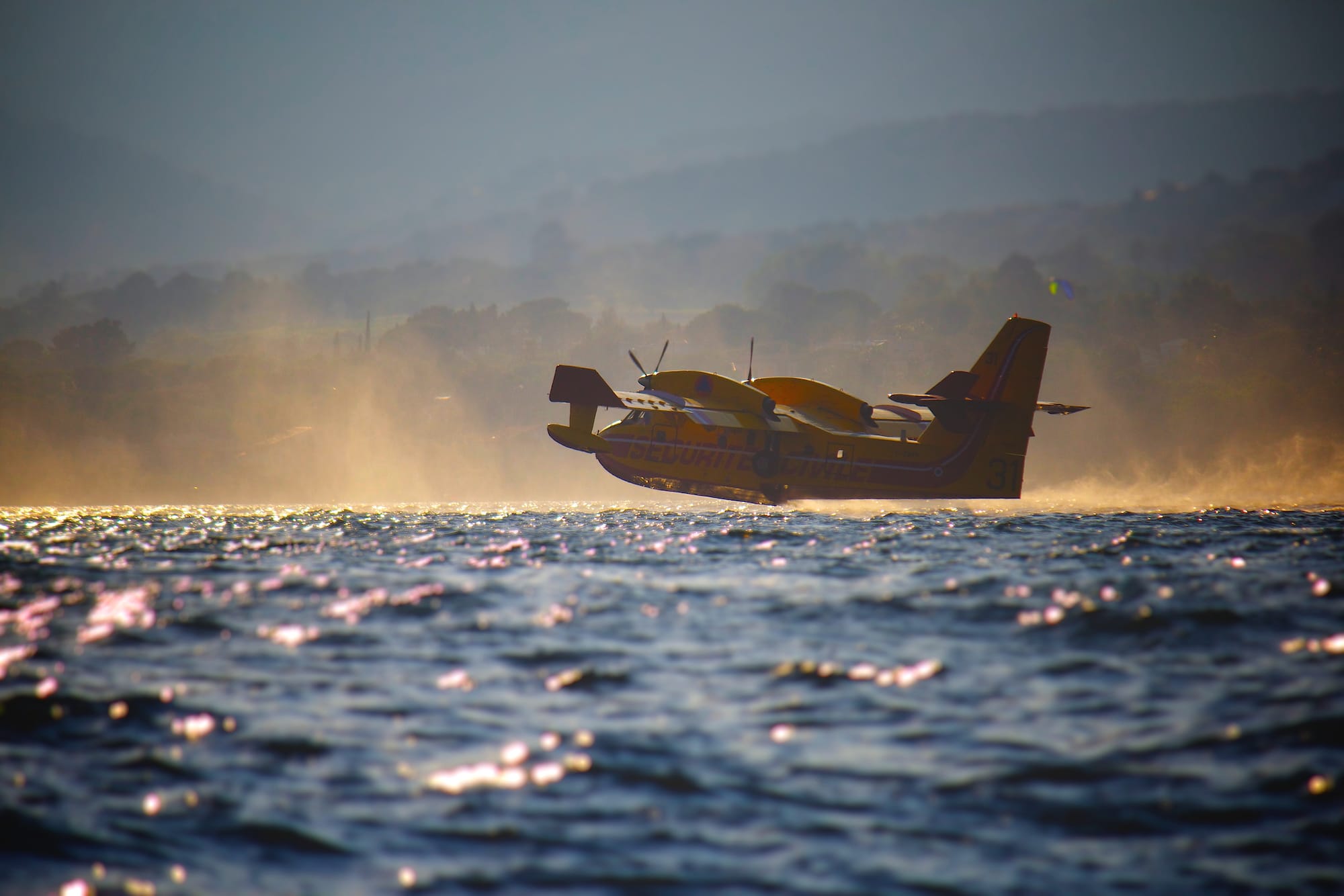 As much as there is currently a widespread belief that “innovation” is an amorphous concept — supposedly there exist more definitions for it now than the proverbial eskimo has words for snow — its original definition is actually very concise and unambiguous, and a most the recent definition proliferation is simply a blurring of this initial idea. So let me just run through the recent history of innovation as an economic concept.

Faster horses and a cold douche: the prehistory of Innovation

Innovation re-emerged as a thing-to-be-studied in the 1980s mostly through the rediscovery of the works of Joseph Schumpeter, now considered the godfather of innovation economics.

The impetus for this rediscovery was the desire to understand a simple economic puzzle: that of total factor productivity growth.

Factor productivity is the ratio of total outputs of an economy divided by its total production factor inputs (labor, capital, and — usually ignored in this calculus — soil). In a static world this multiplier should not change, but it did throughout most of history and especially in the post-War era.

The first, somewhat crude explanation for this growth was “technology”, but there are a number of problems with that explanation.

The answer was found after re-reading Schumpeter’s key work “Capitalism, Socialism and Democracy”. Most of the book is fairly obtuse but it contains a few key paragraphs in which he lays out the two qualities of an entrepreneur — the ability to create new combinations of old inputs, and the ability to get things done.

Growth is then not the result of accumulation but of the (re)allocation of inputs thanks to the ingenuity and industriousness of a few key people. In the same paragraph Schumpeter also coined the mechanism through which this reallocation happens: the process of Creative Destruction. So factor productivity growth is not just the result of technological inventions but also their successful implementation: Innovation.

Less flashy than Schumpeter, who liked to teach in his riding habit, was Zvi Griliches who followed him as a professor at Harvard. I’m not sure if Griliches’ more rustic appearance had anything to do with him not getting equal attention, but his contributions brought on the proverbial quantum leap on which we are building today.

Griliches, a consummate empiricist, was interested in how technological advances spread through the economy, and he first trained his attention on the old economy: on agriculture – more exactly on the spread of hybrid seed corn throughout the U.S.

In due process he established the logistic function – the S-curve – that drives economic adoption, and innovation geography as a related field. Griliches’ work helped bridge that gap in understanding between technological advance and macroeconomic benefit we’re now customarily call innovation.

Beyond Schumpeter and Griliches innovation economics also built on a field that emerged in the 1960s: information economics, based on the recognition that information does not spread infinitely fast through the economy as classical economics assumed, but has some tricky properties that affect wealth creation.

A first significant contribution was Ken Arrow’s Information Paradox, expressed in terms of effort in R&D in order to create “information” (today we would probably say knowledge – accumulated information): the paradox states that information is costly to produce but easy to replicate.

So unless we protect the original inventor, we risk that the production of information and knowledge will stop because everyone prefers to copy what others invent. Thus the rationale for intellectual property rights and the patent system was born.

A latecomer in the parade of Nobel Prizes was Thomas Schelling, whose contributions to the 20th Century cannot be overstated in general, but who also added a significant piece to the puzzle of innovation economics by first describing tipping points and critical mass. They an others laid the intellectual groundwork for what we now consider the New Economy.

The 1980s and the Dawn of the Internet Age

A new generation of economists created some key insights within a few very productive years around 1985, and it is no surprise that these people worked out of, or gravitated towards Silicon Valley and the San Francisco Bay Area.

Technology standards competition (“VHS vs Beta”), network externalities, path dependency, bandwagon effects, and technological lock-in were insights that quickly became key tools in the intellectual toolset of new economy economists, and pushed Stanford and Berkeley to the forefront in the field of Industrial Organization.

At this point the framing of the question as “why doesn’t the best technology win out” created a lot of heated discussions, and it took a re-reading of Schumpeter to get the point across that new technology itself is not sufficient, it also requires new ways of implementing it — entrepreneurship.

Although the web browser was not invented in Silicon Valley but in the corn fields of Illinois, its co-creators Marc Andreesen and Eric Bina quickly moved out west, collected serious venture capital, turned NCSA Mosaic into Netscape Explorer, and kicked off the Internet Age.

The ensuing short but intense boost to the local economy, now remembered as the Dot-Com Bubble, put the work of the Stanford–Berkeley IO hub in intense focus and quickly led to the migration of “innovation” as the new hot thing from economics departments to business schools, just about when management scholars got bored of “change management” and looked for something more exciting to glom onto.

This migration ultimately led to the proliferation of definitions for innovation, most of them not particularly well thought out. Two of the main culprits were Carl Shapiro, co-inventor of network effects and Hal Varian, a leading information economist and now Google’s chief economist. Both were professors at UC Berkeley with joint appointments at the economics department and the Haas School of Business, and they seized the opportunity to write the handbook for the new economy called “Information Rules” (published in 1999 but with a copyright mark from 2000), with the MBA student in mind.

Probably the last moment when economists still had a stronghold on Innovation kicked off a year earlier when the U.S. Department of Justice sued Microsoft for misusing its monopoly in desktop operation systems to push Netscape out of the browser market. Soon most of the Berkeley and Stanford economists and their armies of underpaid Ph.D. students lined up – not neatly divided by schools – as expert witnesses for the government or for Microsoft.

Even though the lawsuit itself ended in a whimper when the new Bush administration pulled the plug on it, it changed economic thinking fundamentally when the idea (building on the Information Paradox) took root that a monopoly is not in itself a bad thing, but can actually be beneficial to public welfare if it spurs innovation — thus the Schumpeterian Monopoly was born. This might also be the occasion when the definition for innovation was at its most precise — when you got $5000-an-hour lawyers picking your every word apart, you’ll do your damn best to get this exactly right.

It might be hard for outsiders to grasp just how diametrically opposed the worlds of economics and business research are, but I should probably point out here that most of corporate strategy (a popular and notoriously buzzwordy business school topic) is nothing but the economic field of industrial organization turned on its head and rewritten for easily memorized how-to guidance.

Industrial organization is a highly mathematized field concerned with imperfect competition which tries for the good of all to erase rent-seeking – milking unfair advantages for sustainable, socially harmful profits.

It was the genius of Michael Porter to take this field, strip it off all the math, sidestep the point about “socially harmful” and turn it into a guidebook for creating sustainable profits through unfair advantage – Competitive Strategy. Since then many an economics professor by day has moonlighted as a business school professor by night for the Bay view office and the better pay, and has helped carry the innovation torch to the corporate world.

One of the first key discoveries of the new millennium came out of the sociology department of Columbia University, when Duncan Watts reawoke the long-dormant field of graph theory and applied it to the popular parlor game called Six Degrees of Kevin Bacon to jumpstart the analysis of social networks — just in time to give a young entrepreneur at Harvard ideas about turning this into a business.

At roughly the same time Hank Chesbrough, an entrepreneur-turned-business-school-professor, moved back from Harvard to Berkeley, at that time the epicenter of patent research. The early 2000s were the high time of research into patent thickets, a passive-aggressive strategy popular with Valley bigwigs to protect their market by patenting everything in sight and by suing their rivals with bundles of 10,000s of mostly trivial patents.

Fed up with this wasteful activity Hank came up with the ingenious idea of putting it all out into the open to undermine patent trolls at no cost. On a dark and stormy night Open Innovation was born — there’s a crack in everything, that’s how the light gets in.

It’s no coincidence that Hank came up with this idea just after the dot-com Bubble burst and Silicon Valley woke up with a huge hangover to the rude reality of No Venture Capital Funding. Suddenly being frugal and lean sounded like a better idea than spending ones annual marketing budget on a Super Bowl halftime ad — anyone remember pets.com?

At very much the same time Steve Blank turned from a successful entrepreneurial career to an academic one at Berkeley’s Lester Center for Entrepreneurship, and started mixing his insights as a founder, his penchant for talking to people, and his interest in the scientific method into the concept later to be known (via Eric Ries’ book) as Lean Startup. If you’re set to fail, fail before you burn through someone else’s money.

“Something With Startups and Innovation”

Steve, Eric and a few other people — the folks around Y Combinator should be mentioned — managed to make startups hip again at around the same time when corporates started questioning their approach to putting new products on the market through the age-old R&D channels. A core concept in lean startups is that rather than doing product development and market development sequentially, you try to do market (or customer) development as early as possible, by simply talking to people (and listening carefully, and methodically, to what they tell you).

For companies that had spent twenty years on fostering technologies like e-mobility and autonomous driving without bankable results this new thing sounded really exciting, and many of them started relabeling their research departments Innovation Hubs or suchlike, oftentimes just putting an MBA layer on top of the old research structures.

For some of them this created at least some sort of ignition but in a lot of cases this setup simply created an innovation bureaucracy on top of an old R&D bureaucracy. I picked the two technology examples quite carefully to make two points: for one, sometimes it takes a twenty-year runway before a world-changing idea takes off, and two, even after twenty years of research, and as a nation of machine builders, we had to watch Silicon Valley take the lead in creating a market for it.

The main reason is something that has never truly crossed the Atlantic chasm. It’s called technology transfer. And it’s something I might write about in another non-so-short blog post.